Innovation Districts, Part 1: What and where are they? What role do P3s play in their development? 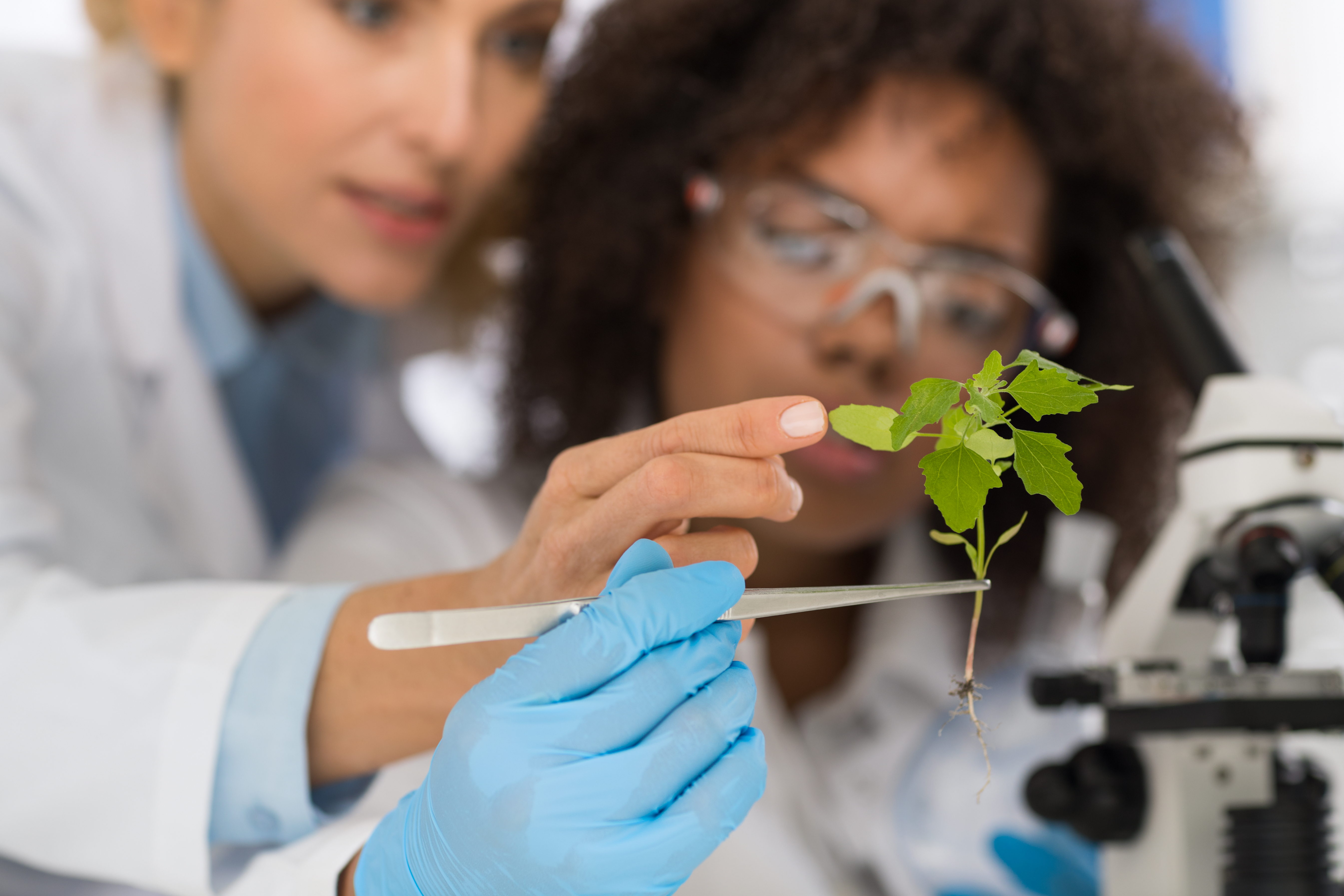 It seems every week now there’s an article about a new innovation district in development, and indeed they are being paid ample attention. These dense, mixed-use neighborhoods are creating knowledge, growing the economy, and perhaps even modeling a better way to live.

What is an innovation district?

There is no standard definition of an innovation district, but the increasingly agreed-upon definition is a purpose-built, mixed-use neighborhood that is dense with research and collaboration, and that is anchored by a research institution. That research institution is often a university—though it could also be a medical institution, national lab, or even a state government, for example[1]. The density is the real non-negotiable here. The clustering of entities is key to what innovation districts are, as scientific breakthroughs seem more likely as entities collide; both planned and accidental collisions happen much more easily when entities share not just a zip code, but a building.

Many innovation districts also have a focus of sorts, for example pharmaceuticals, computer science, or cold-weather technologies. A shared vision or expertise helps drive decisions when the district is being developed and later operated, and ensures an efficient use of space (avoiding overlaps). 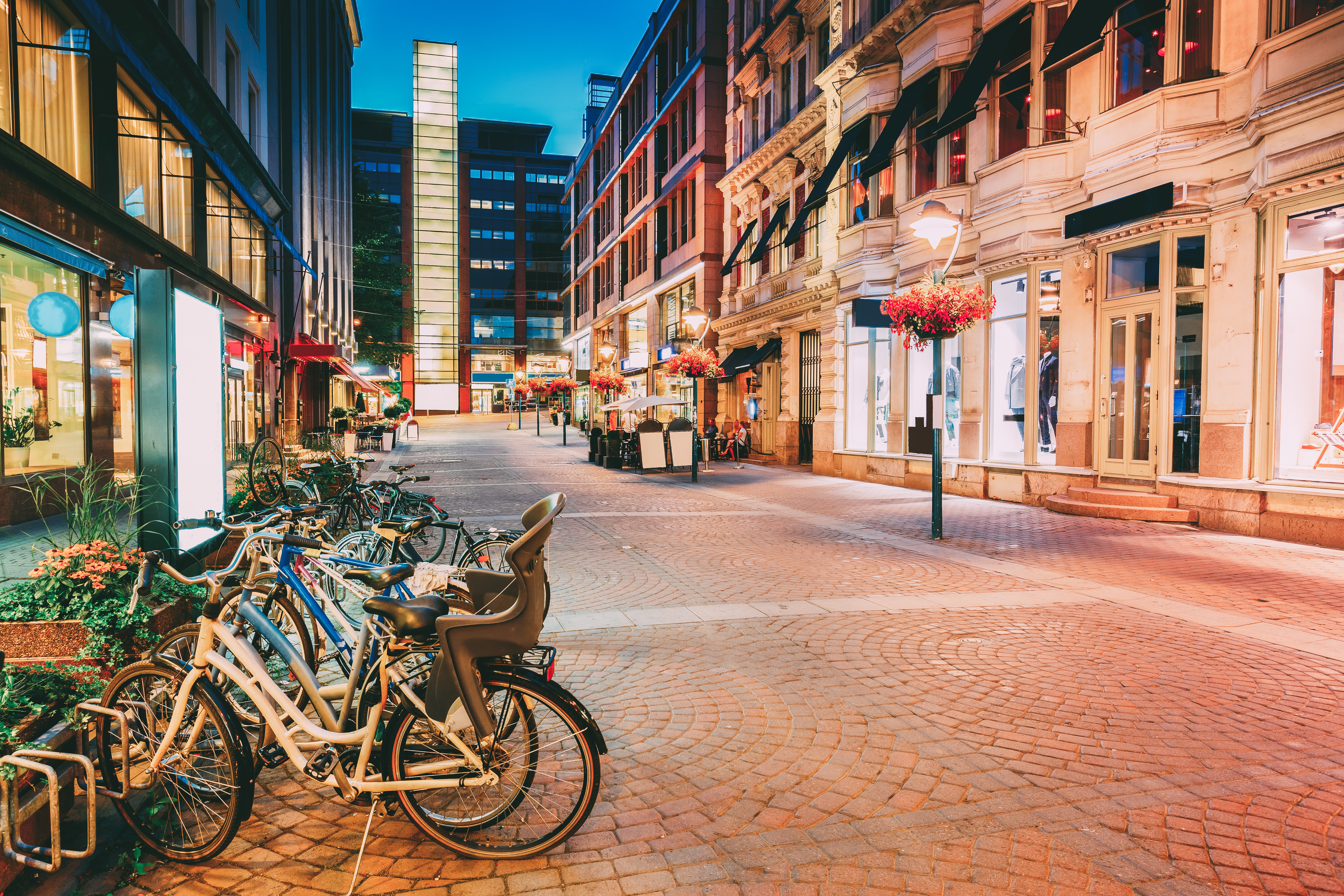 innovation districts being mixed-use neighborhoods, this can be understood as offering live, work, and play. Innovation districts are home to research and development, entrepreneurs, incubators, start-ups, scale-ups, and established companies. They are also home to many residents. They’re walkable and transit-accessible. And they feature parks, open spaces, restaurants, retail, entertainment venues, etc.

How is an innovation district different than a research park, science park, etc.?

For many people, there is no difference. They find these terms to be fungible; research and science parks can be all that innovation districts are, they just have an outdated, less-sexy-sounding name.

To other people, while certain core aspects remain the same (e.g., the presence of a university), other core aspects are different—generally those related to location. Research parks have typically been suburban in nature; innovation districts are urban. The result of locating in a city is:

Where are innovation districts opening?

Throughout the world. There’s no one organization keeping track of research parks, science parks, innovation districts, etc., but in 2013—so, six years ago at this point—a publication put out by the National Academies Press cited 460 such developments[2].

In the US, you’ll find 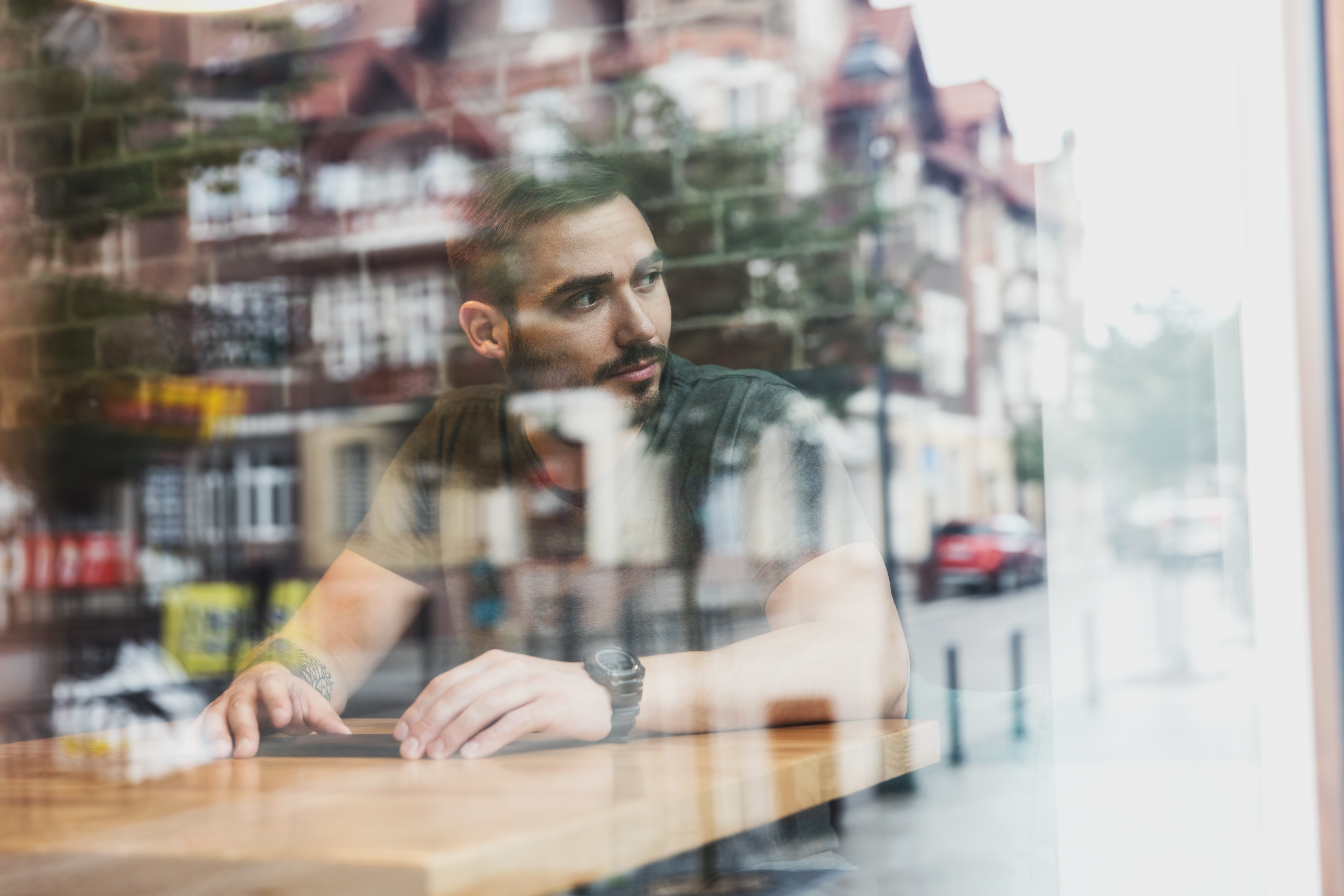 innovation districts in countless cities from coast to coast—Atlanta, Boston, Brooklyn, Chicago, Cleveland, Detroit, Pittsburgh, Portland, San Diego, Seattle, etc. Innovation districts make sense in cities because, across the country, workers want the same thing—to work in a bustling, everything-at-your-fingertips environment. This is true for all working generations: Baby Boomer, Gen X, Millennial, and Gen Z[3]. Innovation districts can also help a city pivot from an industrial past to a technological future[4].

While some innovation districts are newly developed, many are not—instead restructuring existing spaces. Note: This can create issues of gentrification, as will be discussed.

Right now perhaps the biggest name in the news is the soon-to-be Virginia Tech Innovation Campus, which will be located in Alexandria, Virginia, just two miles from Amazon’s HQ2. The $1B innovation campus will house about 1,000 graduate students, and will be focused on computer science and software engineering, with specializations such as AI, cybersecurity, and data analytics. Stakeholders expect the development to catalyze other such development, and encourage other technology companies to move to the area, creating a tech boom in our nation’s capital region.[5]

How are innovation districts created? Where do public-private partnerships (P3s) come into play?

The development of an innovation district can be an incredibly large undertaking, given that it can mean creating a neighborhood from scratch. Or it can mean less work, but still a significant development—adding or renovating buildings, improving infrastructure, creating parks, etc. Even a single building in an innovation district can represent a significant investment, as it might include scientific spaces such as labs and clean rooms.

To make an innovation district happen, stakeholders might try to take advantage of any number of incentives, including state tax credits, state grants, TIFs (stands for “tax increment financing”; these are ultimately developments that pay for themselves), and the new Opportunity Zone concept (a hot topic in its own right in higher ed).

For example, the Cortex Innovation Community sought public incentives. This innovation district in St. Louis, Missouri, is a hub of research and technology companies with academic space, research space, incubator space, retail, restaurants, and a hotel. The resultant $168M in tax increment financing and $12M in state tax credits, along with a $29M investment from the founding partners and non-financial help from the city made the project possible.

Partnerships can also be incredibly useful in creating and operating an innovation district. This is true for a number of reasons, including financing and expertise. A university might ground lease land to a developer, work with a foundation, raise money through tax-exempt bonds, engage in revenue sharing, seek out philanthropists and venture partners, seek help from the local city (e.g., the powers of eminent domain, tax abatements, and the ability to approve/reject building plans), engage with various stakeholders that introduce a certain benefit, etc.

A recent survey by the Association of University Research Parks[6] found ample interest in partnerships:

What does it look like when an innovation district engages in a P3—in whole or in part? 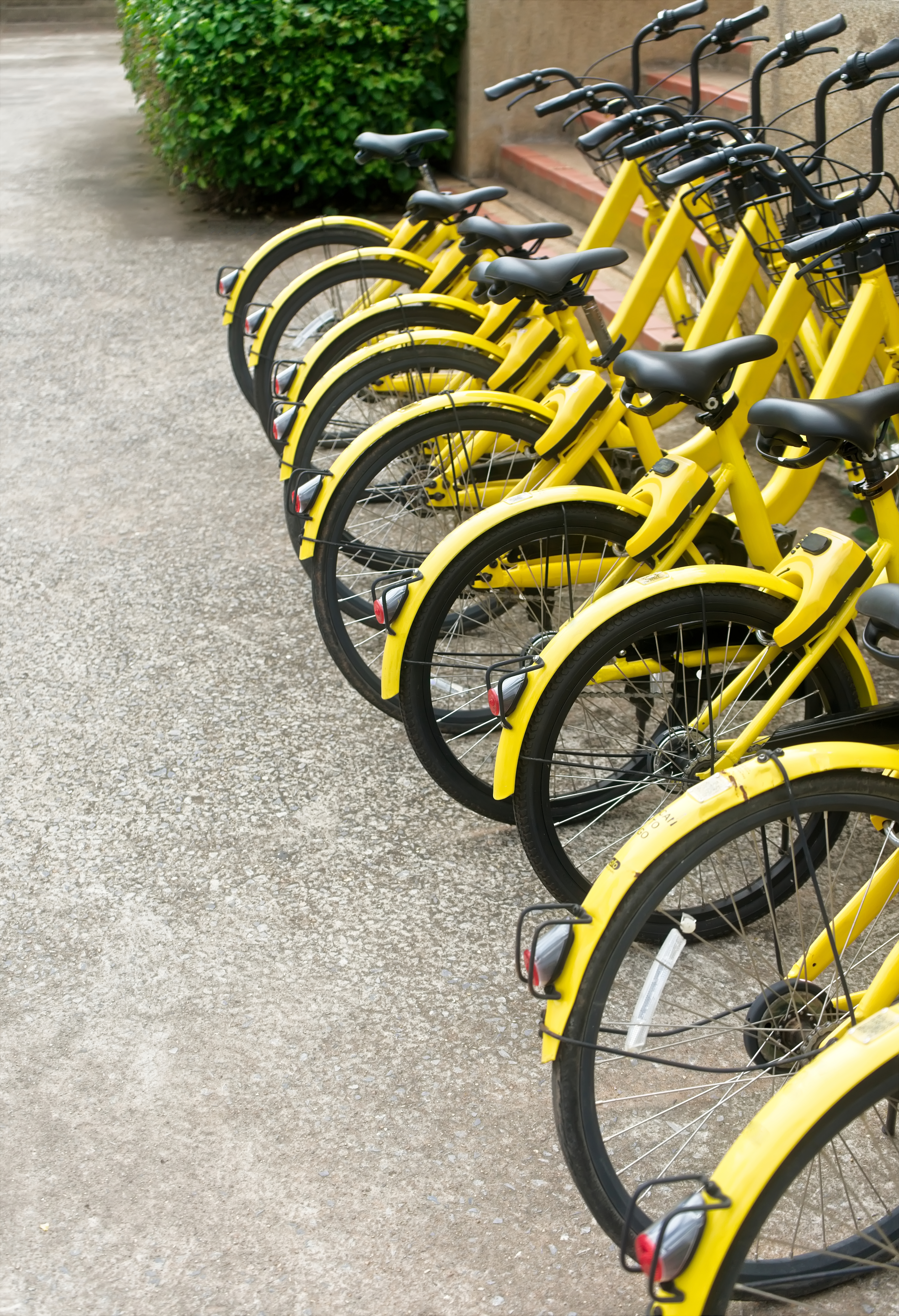 was created through two P3s. It took a complicated two-step process: (1) transferring the privately owned land to a municipal company, and (2) creating a joint venture between the municipal company and a quasi-public real estate developer. The terms included a 70-year ground lease and the city’s ability to use three floors of the nine-story building for that same 70-year period.

In Boston, real estate companies that had been pushing for additional density in the city built the facility and granted a lease to the Boston Redevelopment Authority, which in turn transferred the right to use the building to a nonprofit—which in exchange agreed to organize programming and events there. The center’s operating budget comes from corporate sponsors and events, as well as the rent collected from retail.

Another project demonstrating the range of partnership options available is STAR Campus, University of Delaware’s innovation community. STAR Campus is a transit-oriented development that seeks to achieve a 24/7/365 live-work-learn environment, to support multi-generational housing, to feature a hotel / conference center, and to bring jobs back to the area. The buildings on site have come to fruition through a variety of development models, for example the STAR Campus Health Sciences Complex is owned by a developer, whereas the Chemours Discovery Hub and Bloom Energy are different models. STAR Campus also takes advantage of public incentives like Opportunity Zones and state tax credits. A particularly exciting project within STAR Campus is the biopharmaceutical innovation (BPI) building, which is a partnership between the University, industry, start-ups, and federal and state agencies. Read more about STAR Campus here.

Click here to read part 2 of the series—Innovation Districts: Q&A with Brian Darmody, CEO of the Association of University Research Parks.

[1] The International Association of Science Parks—granted, looking at an international scale—found that “40% of all science parks have an onsite university or one located in their immediate vicinity.” From “Room for Knowledge Development: from Science Park to Innovation District.” https://iadp.co/2017/03/08/room-for-knowledge-development-from-science-park-to-innovation-district/

[4] The Brookings Institution’s “The Rise of Innovation Districts: A New Geography of Innovation in America,” https://www.brookings.edu/essay/rise-of-innovation-districts/