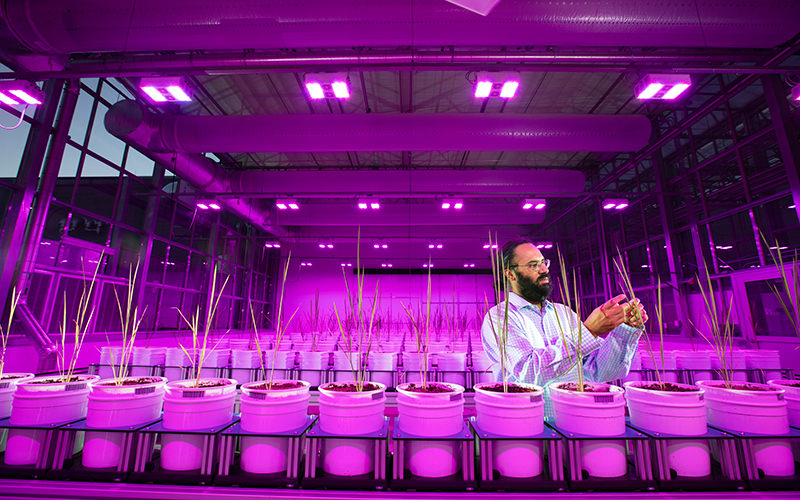 Brian Darmody is the CEO of the Association of University Research Parks (AURP), and the Associate Vice President for Corporate Engagement at the University of Maryland. A 37-year administrator, Darmody is a respected and well-known champion of research parks and innovation districts.

AURP is a nonprofit, international professional association of university, federal, and corporate-related research and science parks. AURP’s mission is to foster innovation, commercialization, and economic growth through university, industry, and government partnerships.

What is the difference between research parks and innovation districts?

Darmody: The terms are somewhat interchangeable, but essentially, innovation districts generally are more urban in nature with mixed-use amenities, whereas traditional research parks grew up around universities and are in rural, suburban, and urban areas, such as Boston and Austin, but also Lincoln, Nebraska, and Champaign, Illinois. When it comes down to it, though, they share a base concept: Schools and other anchor institutions are trying to build space-placed entities, and corporations come to the university for things like talent.

Why are colleges and universities interested in research parks and innovation districts?

Darmody: There are many reasons, but here are three.

First, the opportunity to grow technology through start-ups. The Bayh–Dole Act of 1980 changed everything. It gave schools intellectual property rights, and so gave them the ability to deal in research. Schools began creating spin-outs—startups, incubators, accelerators—and where do these spin-outs get located? Probably at your research park or innovation district. 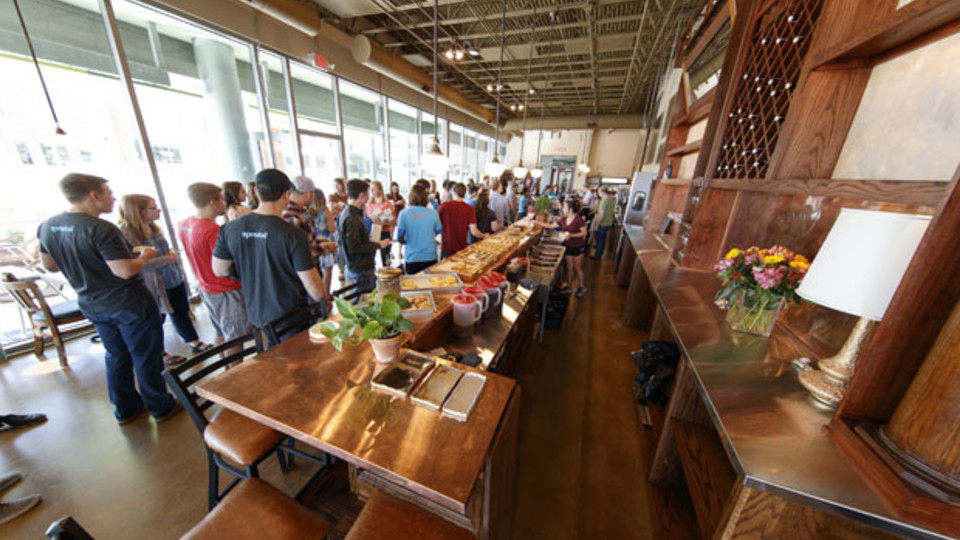 Research parks and innovation districts are important pieces in the war for talent. Cities want to make sure the graduates of research universities can stay, motivating cities and universities to develop spaces for corporations or start-ups to open jobs and retain talent.

Third, environmental consciousness. A school can reduce its carbon footprint by introducing housing and amenities into its research park or innovation district. Creating a single place to research, play, and live is an environmentally sound thing to do, reducing commuting and related impacts on a community. Increasing density is our destiny.

How do research parks play out with different types of colleges and universities—public vs. private, small versus large, etc.? Are there schools where parks tend to always work, and tend to never work?

Darmody: The more research you have at your university, the easier it is. If you have a reputation of working with industry, that’s helpful, too. At MIT, they didn’t have to work too hard to create the innovation district in Kendall Square. But other schools struggle. Sometimes they don’t have access to support; something like two-thirds of all venture capital goes to New York, Massachusetts, and California. So schools outside of these areas will face more challenges.

As for size, size isn’t prohibitive, but certainly the larger the institution, the more corporations and spin-outs they’ll tend to have. Consider schools like the University of Illinois at Urbana-Champaign. It has an amazing history of research and is able to attract corporations to its research park even though it is not in a major metro area.

As for public vs. private, it’s all about flexibility. We tend to think of privates as having all the flexibility, but lots of public universities are engaged in partnerships that level the playing field a bit. For example, lots of publics run these parks through affiliated foundations that are not 100% a part of the university, giving them some of the flexibility that a private has. Private universities also have larger endowments. Infrastructure is costly, like if you have to build roads or sewers, so if you’re a well-endowed private university with a lot of research, you’ll probably be in good stead, but state and local governments can help public universities with infrastructure, and use of tax increment financing and other tools are helpful.

What are your favorite examples of research parks and innovation districts? What makes for a successful one?

Darmody: There are so many  great examples. AURP celebrates them, too; you can go on our website to see the Research Park of the Year. We have an emerging park, which is one that’s less than 10 years old. There are also more mature parks. I’ve especially loved seeing the evolution of Research Triangle Park in North Carolina, which contains NC State’s Centennial Campus. Twenty years ago, they moved their school of engineering into the park—something faculty didn’t want. But now the faculty love it, and now the park is so much more. It has housing. It has a hotel. It’s in no way sterile.

The parks that are

most successful are those that introduce mixed-use space—housing, retail, hotels. At my own university in College Park, the developer built some space within the hotel for corporate partners. Capital One is there. Adobe has a research lab. Some of the spin-outs from the university have space, for example alumni who started a company. The hotel also has a restaurant, bar, coffee shop, and place to meet with investors. That’s the kind of amenity any school would want; it can help attract international firms—a very important element in a park’s strategic plan.

What are the biggest challenges research parks and innovation districts face? How do partnerships play out?

Darmody: The biggest challenge is achieving alignment. It’s costly to build these sorts of things and you have to have the right set of infrastructure; that generally means partnering with a private developer. The developer has its own set of interests, and meanwhile the school and its stakeholders (e.g., students, faculty, staff) have their own interests. Partnerships aren’t inherently a problem—in fact they’re much-needed and can be hugely successful. But misalignment can definitely come up.

So for example, sometimes the developer is more focused on getting a return on investment, whereas schools have much longer timelines and are much more patient. So aligning the interest of the developer and school can be difficult. As an institution, your clients are your students, faculty, the school itself, and community members. Those are the folks that should be highest in mind when you’re talking about building a research park. Developers have a different situation. They need to make money, and obviously if they don’t they’re not going to be in business. So the struggle of aligning interests is something that is always going to face research parks.

When we put the [University of Maryland] College Park hotel out to bid, we got a number of responses asking for a certain occupancy rate. Because the developer needed to make money, right? But if the hotel wasn’t occupied at that level, the university would have been at financial risk, and the university wouldn’t accept that. There was no alignment. But then a developer associated with the university stepped up and said they’d do it on their own, without a guaranteed occupancy rate. This was possible because goals were aligned; this developer has ties with the school and community, and wanted to see the area develop. So it’s important to take advantage of all the assets the university has in order to ensure a successful research park or innovation district. A board can be particularly helpful here, offering connections rather than dollars to help build the park. Successful parks must leverage all of the university’s assets.

What do you see changing about research parks and innovation districts in the next 5, 10, 20 years?

First, Opportunity Zones are going to be a big incentive through probably 2026. So that will stimulate more development and involvement for those anchor institutions that happen to be in an Opportunity Zone. A part of College Park’s Discovery District research park is in an Opportunity Zone. Same for Johns Hopkins’ biopark in Baltimore and for Montgomery College’s Innovation District project in Montgomery County…. We’re going to see a lot of new construction, especially student housing and incubator space. Along the same lines, we’ll see universities really navigate tax increment financing, or TIF, and use it to their benefit. 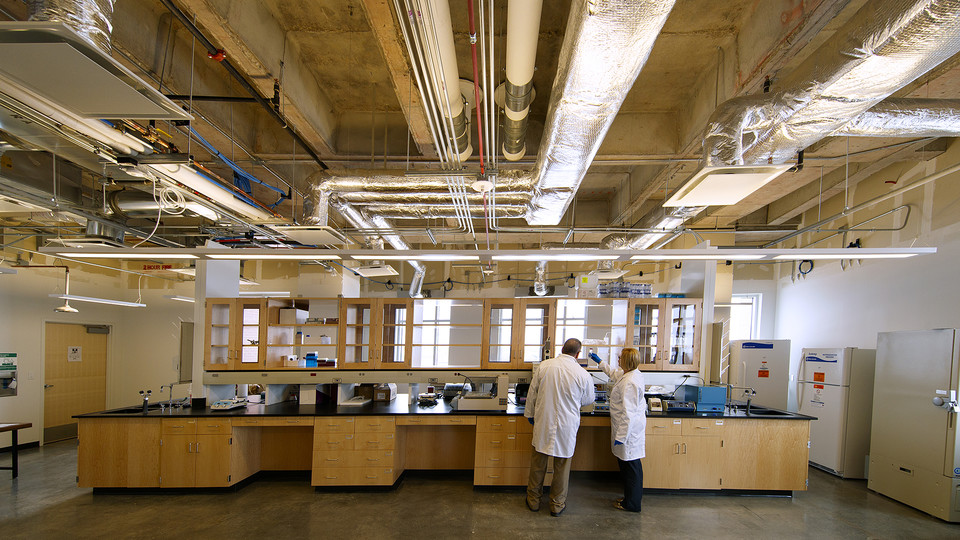 a trend toward bio-health innovation districts. Pharmaceutical companies often want to partner with universities, so we’ll see more schools providing more space for that partner. We will see more schools using their computational talent to help pharmaceutical companies find new drugs so it won’t just be about wet lab space. AstraZeneca and other companies like it may not be building new headquarters, but they will look for ways to leverage proximity to major medical institutions. Bio innovation districts with shared space might be the solution. These bio developments have unique needs and high costs, so that has to be taken into account.

Third, inclusive development. A lot of communities are worried about gentrification. So attention will be paid toward connecting the school better with the community. This might mean offering training programs for technicians hired from the local community, developing advisory boards, or even something like including public charter schools and daycare facilities in the community… in short, a variety of programs and incentives to connect the school more with the jurisdiction where it resides. So I think you’ll see more thoughtful development and outreach.

Click here to read part 3 of the series—Innovation Districts: Should your school build one?

he Chief Executive Officer of the Association of University Research Parks (AURP). AURP represents university, federal, and corporate research parks, and innovation districts in the US, Canada, and 13 other countries. Brian will lead AURP into new initiatives including expanding membership, international partnerships, creating supportive public policies for tech based economic development, and building additional member benefits.

Previously he was Associate Vice President (AVP) of Corporate Engagement at the University of Maryland (UMD), AVP for Research and Economic Development, Assistant Vice Chancellor for Technology Development, University System of Maryland, and Director of State and Federal Relations in the President’s Office and has served in the university’s legal counsel office. He has also served as a staff member in the U.S, House of Representatives, the Maryland General Assembly, and Office of Attorney-Advisor, U.S. Health Care Financing Agency.