When arenas reopen, are you strategically positioned to get the most out of your operations? 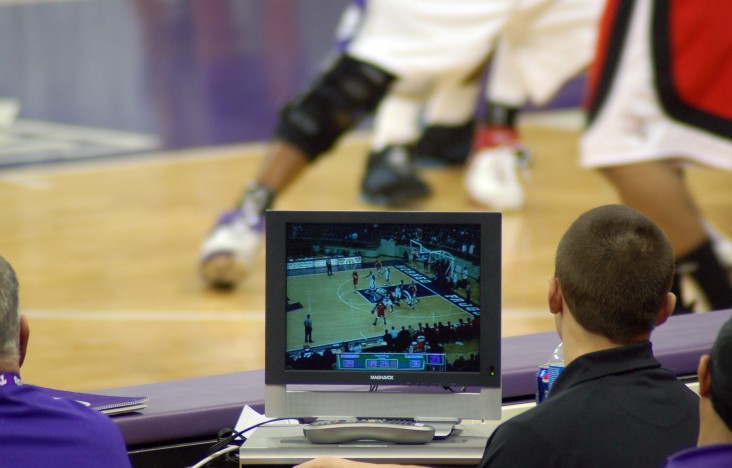 The term “public-private partnership” (“P3”) is being thrown around so often in collegiate athletics facility development these days, it might as well be the basketball in a run-and-gun offense. In fact, every athletics department has taken notice of Oak View Group’s deal to deliver a new $300M arena for the University of Texas under a P3 agreement—and is now asking the question, “Why not us, too?”

That deal, however, is more complex than it appears, with a significant amount of funding coming from UT Athletics fundraising. The common misconception is that P3 means a University gets a “free” building. In the UT case, that is clearly not the outcome — even if the outcome is, with all factors considered, the right solution for UT.  In fact, each institution’s financial and market capacities, and strategic goals, are unique, meaning the type of P3 that may be appropriate is unique to each institution is unique as well.  There are other types of P3 agreements that can be utilized to incrementally improve the fan experience and financial performance at your arena.

In its simplest form, a P3 is the transfer of risk and reward between two partners—a public (or not-for-profit) entity and a private entity. Various P3 structures can be in play for a particular deal; there are transfers of ownership (development agreement), transfers of risk (concessionaire agreement), and expense management (management agreement). 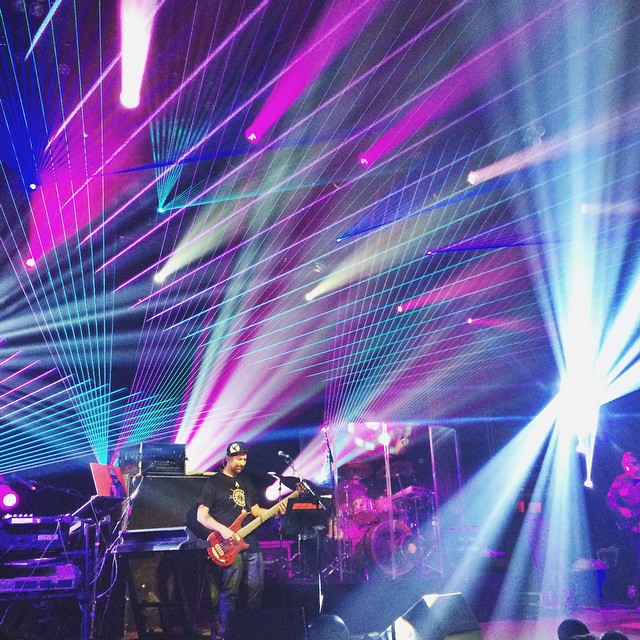 is a common P3 structure already occurring frequently in college athletics that is not getting the notoriety of the UT deal—outsourced arena operator agreements. Almost every operator agreement contains some combination of a capital contribution, a revenue or profit share, and/or performance bonuses that position the operator to take risk on the operations and earn profits, while the institution also benefits. This is referred to as a “concessionaire-structured” agreement. And, alternatively, even if the institution does not currently have an operator agreement, it must still compare the risks and rewards of not employing an operator, electing to self-operate. Either way, is the institution’s decision resulting in the optimal returns from arena operations?

This is the exact question the University of Pittsburgh asked itself when its long-term agreement with SMG (now ASM Global) to operate the Petersen Events Center (“PEC”) approached the end of its term, requiring Pitt to exercise annual options under the current structure, renegotiate a new deal, or competitively bid the contract.  The questions before Pitt were: “Are we getting the most out of our agreement with our operator?  Are we even getting a market-rate deal?”

Brailsford & Dunlavey, serving as Pitt’s advisor in this process, recommended taking a step back and first assessing whether the PEC was achieving what it needed to, beyond revenue. This meant an honest assessment of the PEC’s strategic value in contributing to the achievement of mission-centric objectives for the University and the Athletics Department, such as enhancing the campus and community experience, achieving a competitive and comprehensive university profile, and improving financial performance through donor cultivation.

Next, B&D thoroughly analyzed the existing arena operations compared to the market potential to determine the gap between current and optimal performance. Perhaps surprisingly, this meant previous efforts, such as hosting more and more outside (non-university athletics) events to bring in community members, turned out to be not just impossible (because the arena was already hosting nearly as many events as the schedule would allow) but ultimately not the most strategically valuable direction. The greatest opportunity for improvement was enhancing the Pitt Athletics experience. This would help Pitt achieve its goals as an institution while also achieving revenue goals.

It is at this point where many universities would elect to self-operate, because venue operators are most widely known as the means to maximize outside events and related revenues. However, operators are also experts in maximizing operational efficiencies and delivering a premier customer experience. Plus, Pitt and ASM Global, the existing operator for the PEC, had built a successful long-standing relationship over the years. And given that P3s are simply a transfer of risk for mutual benefit, B&D reasoned Pitt might be able to position ASM Global to take on risk related to the Pitt Athletics experience. 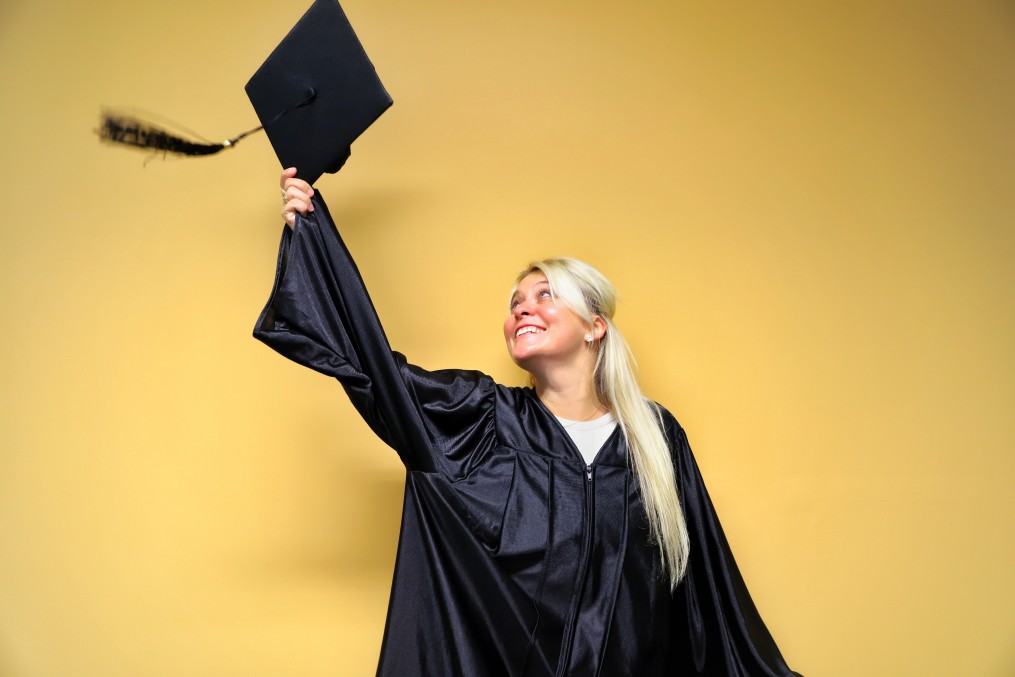 took the arena assessment and communicated that information in a way that allowed the operator to effectively price the partnership opportunity, so that both entities mutually benefitted from the operations of the PEC. Typically this would have taken a significant amount of time given the complexity of the deal and the importance of getting the key terms right for both parties; in this case, the long-standing relationship forged by Pitt and ASM’s leadership proved critical in overcoming those communication hurdles and fast-tracking the negotiations. ASM Global’s belief in Pitt’s leadership and the trajectory of the Athletics department contributed to the operator’s ability to effectively and efficiently analyze the opportunity. It became clear that a capital contribution to improve the facility in targeted areas would result in an improved customer service experience and a more cost-effective operation, thus unlocking previously unrealized results for both parties.  The outcomes ultimately achieved were dramatic:

For readers scratching their heads at what the catch is, there isn’t one. What Pitt and B&D have pioneered is a way to attract private capital without having to pay it back other than through regular operations. But by paying it back that way, the school does not provide any upfront capital while receiving an improved facility. In Pitt’s case, the improvements result in an annual financial gain that is significantly larger than the annual cost of the contract. Meanwhile the operator’s fees and incentive bonuses cover the cost of their capital and operations, so they’re not losing money. It is a true win-win: the venue manager makes more, and the University makes and gets more.

At the end of the day, collegiate athletic departments are trying to provide the best experience possible for their student-athletes, fans, and the campus community. This type of agreement is another tool in the toolbox to do just that. “Without question venue management, guest experiences, and fan expectations are under heightened scrutiny,” said Christian Spears, Deputy Athletic Director and COO for Pitt Athletics.  “Now more than ever you need genuine partnerships with shared outcomes.  There is no question that happened here and B&D helped make that happen for us.” While not as glamorous and headline-grabbing as the Oak View Group / University of Texas P3 arrangement, this one between the University of Pittsburgh and ASM Global is trailblazing in its own way—and is likely a model that’s also more realistic to consider and implement for many athletic departments in the Power Five conferences and beyond.

and municipal sports- and entertainment-centric assets. As a Masters of Sports Administration graduate from Northwestern University, Executive Program Candidate at the Sports Management Institute, and professional sports business veteran, he brings a unique perspective to advise clients. Read his bio, and follow him on twitter @andrew_lieber or LinkedIn.