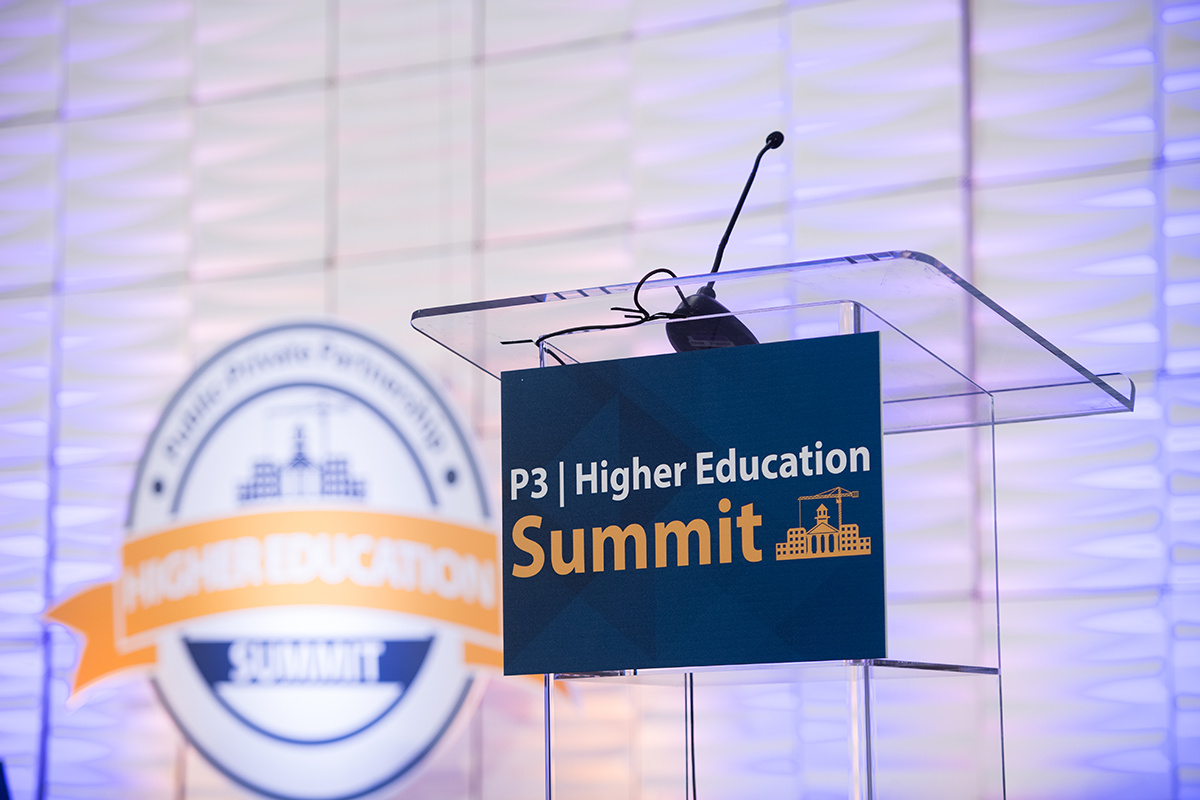 By Eric Iravani, president of P3C Media, and executive director of the P3 Higher Education Summit. Bio below.

This fall, we brought together more than 750 higher education and public-private partnership (“P3”) industry professionals at the annual P3 Higher Education Summit. Professionals from across the country engaged in thoughtful, energetic conversation via multiple days of keynotes, panels, workshops, and roundtables. To continue the dialogue and synthesize recurring ideas from the conference, we spoke with a number of industry experts and here are some key takeaways from those conversations.

This article is part 1 of a 2-part series to keep the discussion going following our gathering in San Diego. Part 2 talks about new reasons schools are considering P3s, and how the higher ed space is thinking about energy and infrastructure projects.

We’re beginning to see a lot of “bundling,” which brings up an important question. Bob Shepko, Division President, Balfour Beatty Campus Solutions, said, “This year, I began sensing a willingness for higher education to start considering P3 for other assets on campus that need assistance—athletic facilities, hospitals, plant infrastructure, challenges across the full gamut outside of student housing.” Previously, P3 projects on the same campus were siloed and limited—a housing project one year, a rec center a few years later, and so on. But with the industry thinking about P3s more strategically, as well as being open to applying P3s to more and more asset classes, bundled P3s (multi-asset P3s) are happening with increasing frequency. There are pros and cons to this approach.

As CFOs have gotten more involved with their directors in recent years, they have been able to assess all capital needs from one place—and a place with a wide vantage point. As a result, bundling’s appeal has become apparent, since doing projects one after another becomes difficult when the parties involved don’t want to repeat the same process over and over. The University of Kansas and University of California, Merced, recently saw this potential and embarked on bundled projects; Merced even won a big award for the effort.

Of course, bundling isn’t a silver bullet. It complicates projects—sometimes significantly. “Bundling can also slow down the project, potentially even derailing it completely,” said Jeff Turner, Executive Vice President of development advisory firm Brailsford & Dunlavey. “As time passes and more bundled projects get underway, we’ll see how the higher ed sector ends up feeling about this option. Certainly one big question we have for now is, How big is too big? The industry will answer this question either through careful reflection and planning… or by seeing some real-life examples of what to avoid.”

At the same time, let’s not ignore the smaller projects. “There is such an opportunity for unique smaller projects,” said Colin Donahue, Vice President for Administration and Finance & CFO, California State University, Northridge. “Small projects really don’t get emphasized enough. In previous conferences, there’s been a common misconception that P3 can’t work unless you’re at $100 million. But I have seen some good examples of projects in the $10–20 million range. That’s important information to get out there, especially since these smaller projects often have unique operating partnerships that go beyond the structure we tend to talk about.”

The 101 sessions are fine, but higher ed professionals are hungry for something deeper—and in tune with their reality. “The industry is starting to mature a bit in higher education,” said Donahue, “so the folks I was talking to really appreciated it when they got detailed information and strategy—more than just risks and incentives, and more than just presentations on projects. People want to hear about deal structures, about how things were put together—things they can apply to their own projects. This was the single most prevalent comment I heard.”

Some in the industry are ahead of the curve in this area, and are proving Donahue’s point. For example, Patrick Martin, Assistant Vice President, Real Estate, Public Partnerships, and Compliance, Louisiana State University, co-presented with folks from EdR Trust, the University of New Orleans, and Brailsford & Dunlavey on what he called, “living the agreement that you made. So the focus was on not just getting the deal done, but on preparing for what comes after you’ve actually signed. We sensed a lot of audience interest and responsiveness, and had a lot of follow-up conversations with audience members who say it’s something they’re really focused on right now.”

If you haven’t already registered for the Public-Private Partnership Conference (P3C)—the largest national P3 event in the country—you can still do so. P3C will take place from February 26–28, 2018, in Dallas, Texas. It brings over 1,350 delegates from around the world.

and executive director of the P3 Higher Education Summit.