Skip to content
Case Studies Voices From the Field 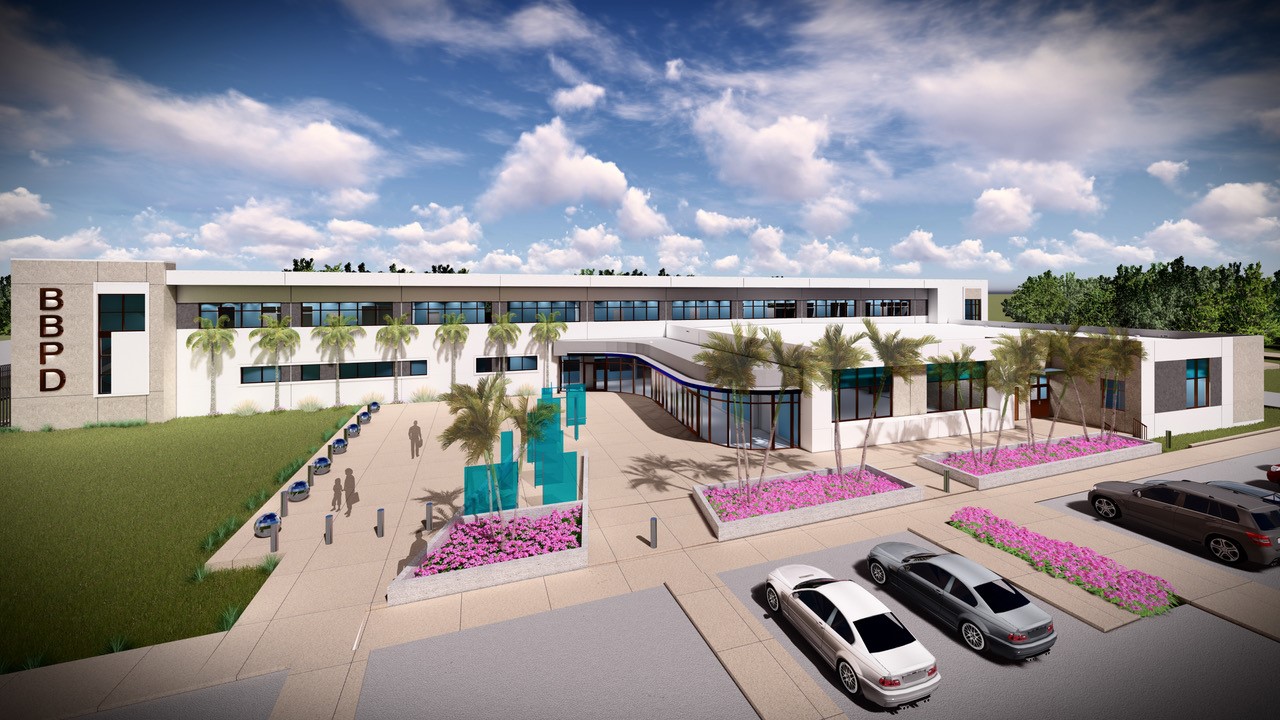 Public-private partnerships (P3) are becoming a popular approach for public entities to finance social infrastructure projects and complete them within an aggressive timetable. While P3 developments offer unique financial structures that allow the entities to get hard-to-fund projects completed, they can be a bit more complex because of the number of people and roles involved. This requires establishing a framework for success that focuses on leadership, communication, and accountability.

A P3 development involved in constructing multiple buildings can, without appropriate preparation and teamwork, descend into chaos because the opportunity for complication grows considerably. Bigger projects demand great attention to detail, a sharpened level of oversight, and focused communications among partners using all available methods, from personal encounters to digital touchpoints.

Universities and other higher learning institutions undertaking a P3 can be harmed by any construction delays, miscommunication among contractors, financial misinformation in the public, and poor decision making by project team members. Government and higher learning entities by their nature carry a high level of visibility and scrutiny in their home communities. The press, employees, and neighbors pay attention. When universities embark upon a P3 project, especially when it’s the first one, any discord, distress, and mismanagement will likely make it the last one.

A P3 project in Boynton Beach, Florida, provides a good template for University project teams in dealing with the complexity and intricacies of P3 development. While not within the higher education sector, it offers valuable learning on the teamwork, engagement, and collaboration necessary to ensure a successful outcome. 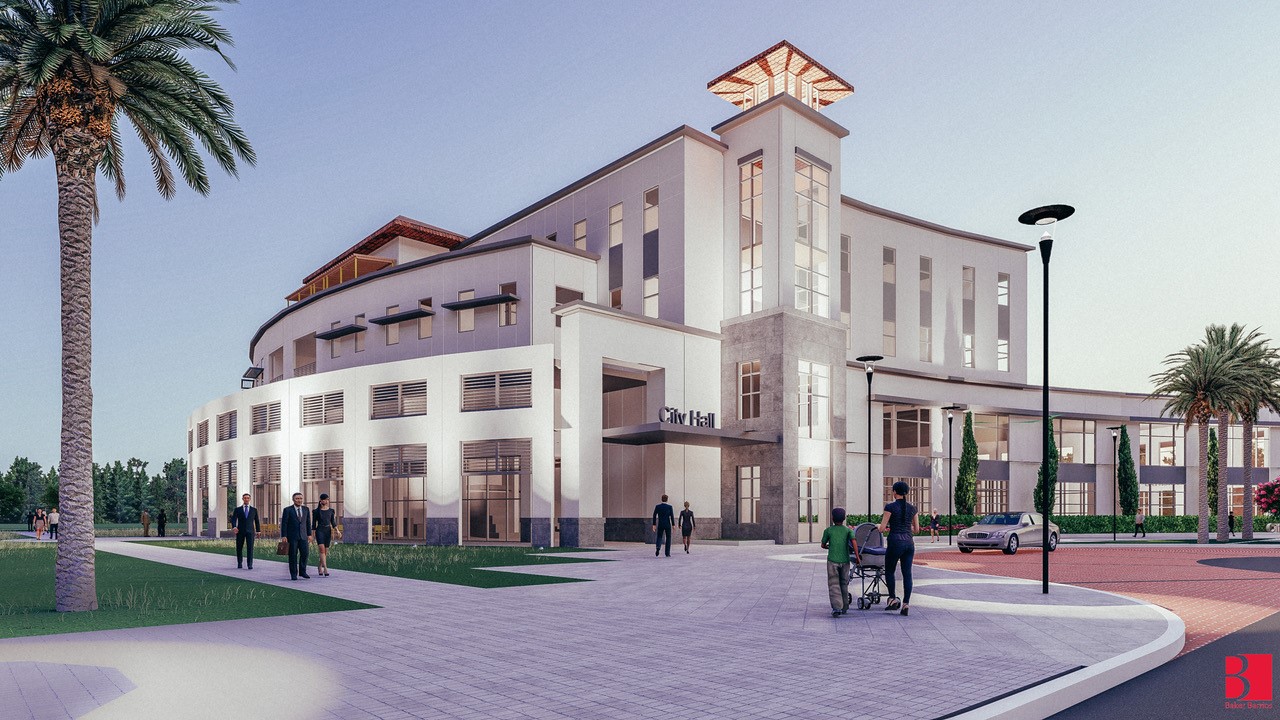 The $250 million project involves dozens of contractors, city officials, managers, and others who need to collaborate daily to ensure the milestones are achieved. Project leaders say the key to the Boynton Beach project’s success leading up to construction—and one they continue to maintain as buildings begin to take shape—is a team of well-chosen contractors and public entity officials, combined with a communications approach mingling a sophisticated content platform with artificial intelligence technology and, just as importantly, face-to-face communication. The lessons learned apply to all P3 projects, so if you’re considering a P3 project on your campus, be sure to consider the following.

Libraries of books on creating great teams carry many of the same messages and advice, largely because they work. The Boynton Beach project is no different. The owner (CFP), developers (E2L and JKM), design-build teams (Haskell and H.J. High), project managers, and city officials have established a smooth working relationship dependent on trust, accountability, patience, honesty, and a can-do ethos that permeates the team’s environment. Participants say every successful project features a host of the following ingredients.

P3 focuses on hiring turnkey expertise for the design-build process because it saves money and shortens timelines. Choosing partners who have had government contracts and boast design-build experience should be priorities. Partners should have excellent communication skills, a mission-driven goal of organizational excellence, an emphasis (for contractors) on safety and meeting deadlines without cutting corners, and honest reporting when challenges arise. 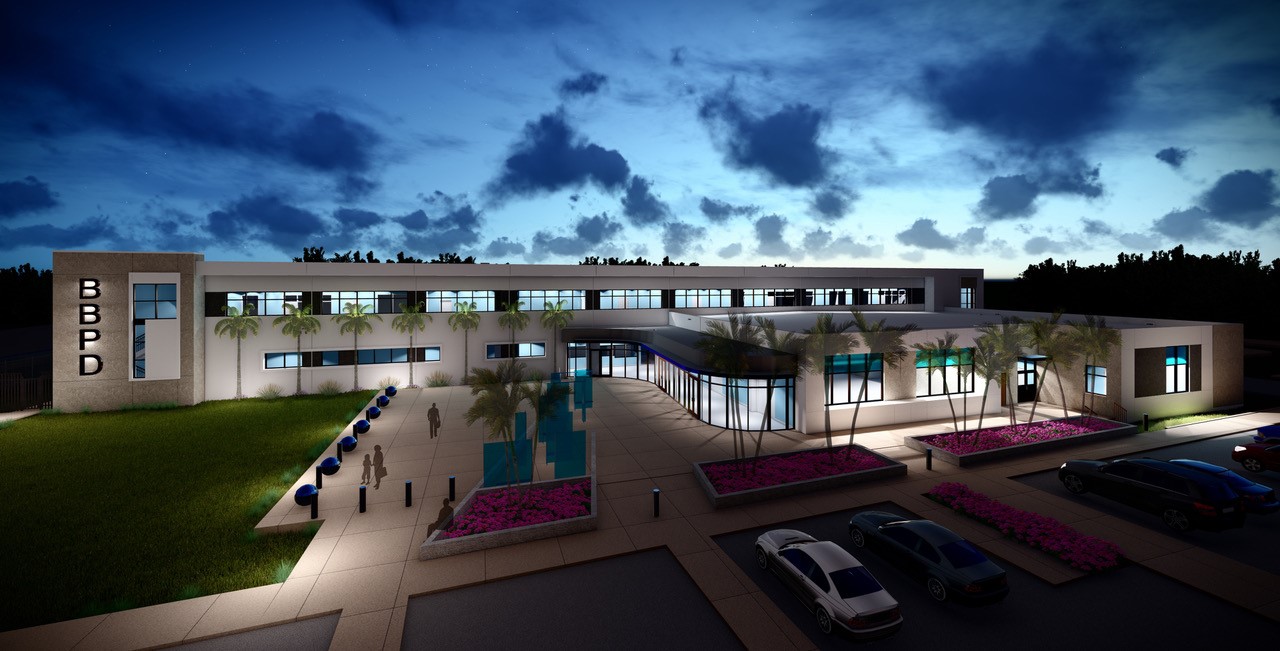 manager Colin Groff holds the role of project champion. He’s worked for the city of Boynton Beach for 5 years and over 30 years in governmental roles. He has overseen, or participated in, three P3 projects, though never one as large as the redevelopment of several downtown blocks. The city’s executive team and elected officials trust his judgement and assign him the power to make decisions on the project.

“There are hundreds of construction, design, and budgetary issues that should not have to go through the council, but someone still has to make decisions and take responsibility for the outcome,” he says. “That’s my job.”

CFP project manager Doug Holmberg, who works for the firm overseeing the Boynton Beach development, believes the team’s intellectual and experiential “horsepower” creates an unmistakable chemistry not always achieved on project teams. The leaders have similar personalities and carry a high level of energy and enthusiasm that “wears off on contractors,” he says.

One result is that project participants “actually like going to meetings” because they enjoy the camaraderie and the collegiality of their teammates, Holmberg says. Team members dive in to help when challenges emerge. “No one is too good for anything,” he says.

Boynton Beach assigns team leaders and then allocate tasks to them, with due dates and required progress updates. Metrics are measured. Safety is a priority. Public communication about the redevelopment receives an update at every meeting from a team member.

Providing All Forms of Communications

Boynton Beach team members participate in all forms of communications: face-to-face meetings, text, email, and voice mail messaging. They receive visual progress updates via drone technology. They attend large—and small—meetings in-person or online. The team can access all communication through the content platform and from digitally captured transcripts. They believe the following elements have created a successful collaboration. 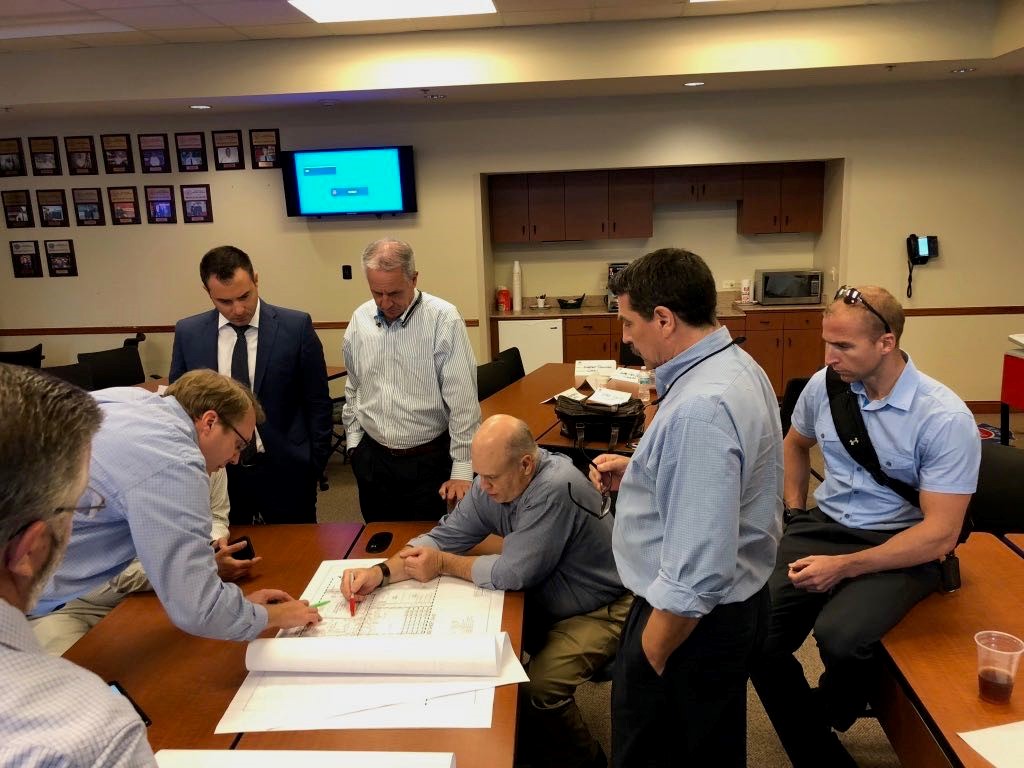 The team follows the dictum “when you can meet, don’t call, email, write, or text.” Why? “Open direct communications take away the misinterpretations that many non-personal interactions and communications cause,” says Mark Hefferin, president of E2L Management who heads up the development team.

“Many people assume because they emailed another person that the receiver got the message. We do not. We make sure people respond to let us know the communication has been received and understood.”

Neal Flesner, principal with the construction partnering organization Ventura Consulting, worked with the team earlier on to create a sense of shared mission and to establish milestones. He’s a big believer in face-to-face meetings. Even phone calls allow for follow-up questions, clarifications, and a more precise understanding of goals, objectives, and next steps, he says.

World class project teams—Boynton Beach’s crew among them—routinely hold live meetings where team members are invited to give status reports and suggest creative innovative solutions to issues which emerging during projects. Larger team meetings in Boynton Beach can last four hours or more but conveners move quickly through agendas. Contractors often identify barriers or challenges and seek guidance and ideas from other team members that result in innovative solutions.

Groff offers two examples. Demolition of existing structures left plenty of concrete waiting for expensive disposal. A team member noted that keeping concrete onsite for aggregate, road fill, and other uses reduces the cost of moving it offsite and follows sustainable construction practices. Now nearly all the concrete will be reused and not removed from the site.

Another minor change in timing allowed an expensive chiller to be eliminated from the budget. Instead of building a chiller and having to transfer it among two buildings, the team will be renting one for $56,000 and reconfiguring how chilled air is delivered to remove the need for a second one, Groff says. The savings total $144,000.

Finally, in large meetings the Boynton Beach group spends no more than three minutes per item on the agenda. Many agenda items may have no immediate relevance to meeting attendees, but they may spur ideas and different approaches. If the item needs more discussion, it can take place outside the meeting with the appropriate team members.

(2) Improving Information Flow. With a variety of platforms available, trying to track projects through email and spreadsheets seems backward. Instead, the team used Box, a content platform where it stores blueprints, progress reports, and project and master schedules in various folders. Other systems were studied but found lacking in comprehensiveness compared to Box. 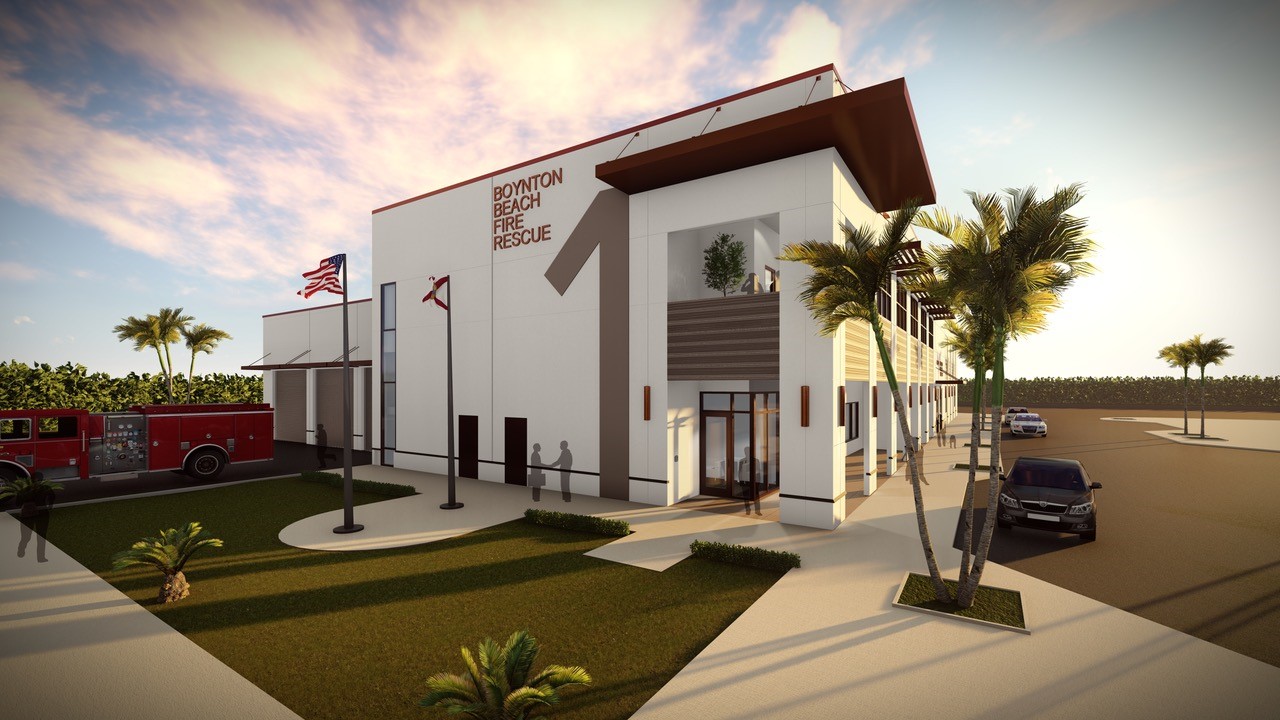 employs several other technologies to create accountability and track advancement. A speech-to-text software fueled by artificial intelligence records meetings, is able to learn and attach voices to names (allowing a more accurate transcription of meeting minutes), and places these notes into a searchable database. Team members search archives not only for written project materials but also spoken ones captured by the software.

Other approaches provide technological platforms for seeking input from team members and notifying them of meetings or other issues. A hotline is available to contractors and their employees to call in complaints and raise other issues. Box will send reminders to the appropriate individuals.

(3) Using Visuals to Ensure Accountability and Safety. Managers tag photos of issues on the project and send them to different contracting teams to have them fixed or redone. Drones fly over the project to collect visual data and identify problems. The project fired a contractor, for example, who reported members of his team being at work when the drone revealed they were not.

Drone technology is not expensive and can be handled to make it non-invasive. Especially for large projects, visual updates and evidence improve safety, reduce errors, and showcase progress.

(4) Reducing Communication Challenges on Construction Sites. For companies working in the field it can be both cheaper and much more reliable to create a separate wireless network rather than depending on wireless cell networks, especially if contractors need to download large files. The Boynton Beach project powers the wireless network with abundant solar energy available in Florida.

As social infrastructure P3 projects become more common, a host of best practices will continually emerge. The baseline of any good construction project, however, remains constant. A strong team rich in facility construction experience and committed to communicating with other team members is vital. Communications in all forms—live meetings, emails, texts, phone calls, photographs—remains a pillar of successful project execution. The use of cutting-edge technology aids decision making and helps ensure success. Without these elements, P3 projects may be more susceptible to chaos and disorder.

STEVE COLLINS is President with